What’s Christmas without winter getaways, glittery nights, Christmas trees, and sparkly lights? Here are some Christmas destinations that will leave you full of wanderlust and ready for the new year.

They say that no one celebrates Christmas like the Swiss! Make sure to prepare your thick knits and scarves ‘cause this destination is going to be chilly.

For the perfect winter escape, look no further than scenic Zurich. It is home to the Christkindlmarkt – one of the largest indoor Christmas markets in Europe – and its sparkling 50ft tall Swarovski Christmas tree.

From there, explore the main shopping street of Bahnhofstrasse while following the trail of dazzling lights affectionately known as Lucy. It is a magical experience that will invoke the Christmas spirit in you (if it’s still buried that is). We can’t imagine a more enchanting place to spend Christmas in Europe.

There’s a reason The Big Apple is at the top of everyone’s list when it comes to romantic Christmas destinations. The city’s bustling energy combined with its festive vibes makes it one of the best holiday destinations in the U.S.A.

Naturally, what is Yule at the Big Apple without its Christmas Tree lighting ceremony at Rockefeller Centre? They’re nearly synonymous! For a little more, take in the Yuletide atmosphere by sliding away at the Rockefeller Skating Rink while admiring the city’s skyline.

NYC during Christmas is also perfect for photography. Catch glamorous window displays from stores like Bloomingdales, or opt for the giant ornaments at Midtown – where you’ll find larger-than-life Christmas lights and Nutcrackers. Looking for a warm Christmas? The Land Down Under might be just what you’re searching for. This summer wonderland will provide diversity to your Christmas vacation itinerary. You are even welcome to come as early as mid-November!

Leading up to the actual day itself, drop by Martin Place for Sydney’s signature Christmas Tree Lighting. Bask under the glow of Pitt Street Mall’s LED lights while The Martin Place choirs add to the magic. And of course, there’s all that Christmas shopping to be done. Take a break in between and join the crowds at Carols by the Sea at Bondi or Carols on the Common in North Ryde.

There’s also the Sydney staples – the Sydney Harbour cruise and visits to the Sydney Aquarium or the Sydney Zoo to enjoy all the adorable animals Australia has to offer. Not to mention the beaches. This is where Santa comes to get his tan, after all!

While most people flock to neighbouring Italy during the festive season, Malta boasts a unique and more religious Christmas experience thanks to its Roman-Catholic majority.

For starters, go to the Valletta Waterfront for free Christmas activities held both indoors and outdoors. Or, indulge in some late-night shopping up to 10 pm and wander along the city’s dazzling Republic Street.

Don’t forget to do as the locals do and squeeze in some crib viewing (known as Presepji). Some of these displays, with Gozo’s “Living Crib” at the top, are nothing short of spectacular. You might want to meander around the Christmas markets before attending a Christmas pantomime as well – another Maltese tradition.

When in London, follow the lights to enter the city’s never-ending Christmas adventure. It comes alive at night with decorated houses and rows of lit streets. So walk wherever, whenever you can!

Bundle up in thick clothing then take to the streets for a Christmas lights walk starting from Regent’s Street to Carnaby Street, and then to Oxford Street. For more excitement, head to Kew Gardens and soak in the dazzling displays of lights that illuminate the entire space.

Other attractions include Christmas markets like the popular Winter Wonderland, a Christmas movie marathon at The Luna Winter Cinema, and a relaxing choice of festive afternoon tea or cocktails.

5 Reasons Why QVI Tripsavr is Your #1 Choice Don’t Miss Out On These Things When in Almaty!
Posted on 8 Nov 2019
Top 10 (Touristy and Instagram-worthy) Places in Bangkok
Posted on 3 Sep 2019
Kuala Lumpur Nightlife
Posted on 29 Aug 2019 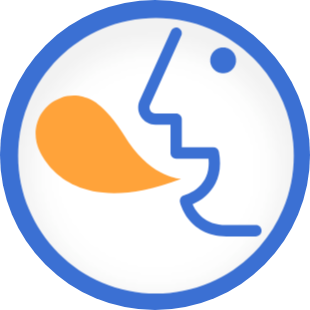